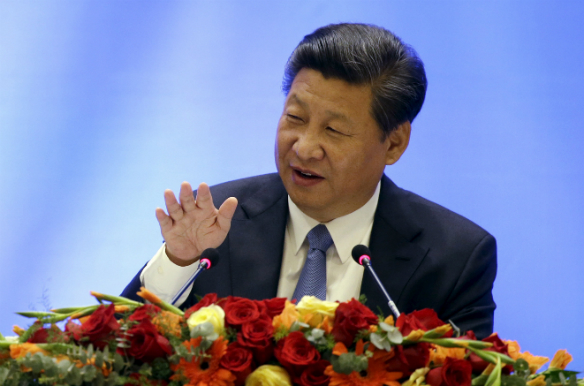 As the world’s premier forum for global economic governance, the Group of Twenty (G20) achieved widely acclaimed progress in containing the 2008 global financial crisis. However, as the G20 shifts its focus from crisis response to long-term economic governance, it also faces multifaceted challenges, and doubts over its effectiveness have grown. With all eyes on the G20 summit in Hangzhou this September, addressing these challenges and tapping into the G20’s potential has been high on China’s agenda.

As the host country for this year’s G20 summit, China can play three leadership roles—bridge builder, facilitator, and catalyst.

China can act as bridge builder by merging the divergent interests of developed and developing economies, such as reforming trade and investment regimes, coordinating new and established institutions to ensure compatibility, and integrating domestic agendas into global ones while strengthening international cooperation.

The G20’s agenda keeps expanding because of the proliferation and intricacy of global challenges. The question is how to streamline the G20 agenda setting process in a more coherent manner that still responds to the most important challenges to global governance. The G20 is a loose forum without formal organizational structures or, as noted above, permanent staff. Its agenda setting is mainly determined by the host country, and it operates without rules, or a permanent secretariat to bring continuity to the group’s work. As the role of the G20 shifts from crisis response toward longer term global economic governance, it is advisable to draw a medium-term plan, such as a five-year roadmap, to focus the group’s priorities and agenda across several host countries. China can work with other stakeholders to help converge members’ interests to articulate such a plan. Given China’s growing economic clout and its experience with the tremendous diversity of its own economy, it is well placed to work with other economies, both developed and developing ones, to handle short- and long-term economic challenges.

China can also serve as a facilitator to advance the implementation of past policy commitments. One of the most significant areas is to shore up long-term growth. The year 2016 is the halfway point of the G20 agreement to boost output 2 percent by 2018. An important juncture in the G20’s efforts to implement global growth strategies, originally outlined in 2014, was the first annual IMF/OECD (Organization for Economic Co-operation and Development) progress report delivered to leaders in Antalya, Turkey, in November 2015. Chinese leadership will be essential to ensure that G20 members respond positively to the findings and actively search for new policy commitments, including approaches for improved infrastructure connectivity and more compatible and mutually enhanced regimes for a global trade and investment. China will need to ensure that the G20’s commitments are not just rhetoric.

Another great opportunity for China’s G20 presidency will be the implementation of the post-2015 development agenda. Recognizing its importance for global economic growth and stability, Chinese President Xi Jinping has highlighted this task as one of its priorities for the 2016 Hangzhou summit, in addition to fostering innovation and strengthening trade and investment. China’s 2016 chairmanship can drive progress by formulating a roadmap and timetable for the implementation of the post-2015 UN Sustainable Development Goals and the Paris climate change agreement (PDF). The G20 needs to use its comparative advantage as a forum for the world’s leading economies to ensure its members work toward implementation of these commitments.

Finally, China can act as a catalyst for innovation-based global economic growth. The success of China’s development experience is profoundly valuable for the international community. The country’s new five-year plan focuses on comprehensive innovation as the primary driving force for China’s own economic restructuring. China could work with other G20 members to garner support for the promotion of innovation—including technological revolutions, infrastructure development, and green growth—thereby providing even more positive spillovers for the world economy.